The bands are then drawn at a distance away from the moving average These are the bands that form the lower and upper lines.

The distance where the bands are drawn is determined by another indicator called the standard deviation. Standard deviation is a measure of volatility in the xauusd market or that of gold.

When the xauusd markets become more volatile, the bands widen and they contract during less volatile periods.

The 3 Bands are designed to encompass the majority of a gold price action. The middle band forms the basis for the trend, typically a 20-periods simple moving average. 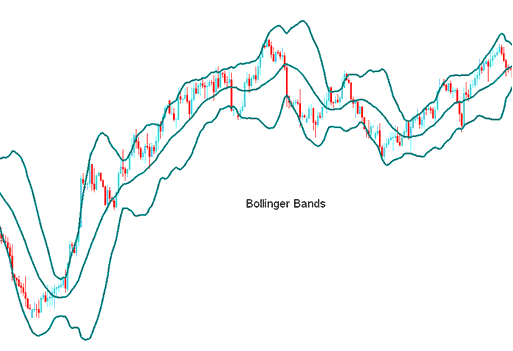 The bands tighten as volatility lessens, this identifies periods of consolidation. Sharp xauusd price break-outs tend to occur after the bands tighten. 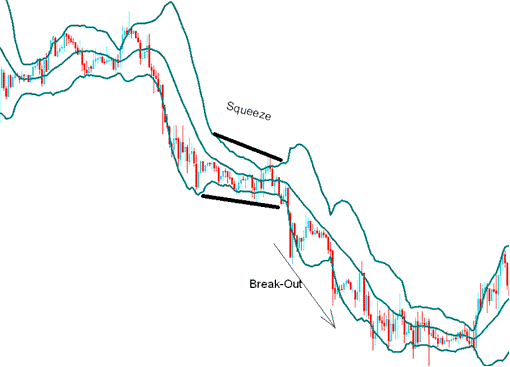 If gold prices break through the upper or lower band move outside the bands a continuation of the current gold trend is expected. 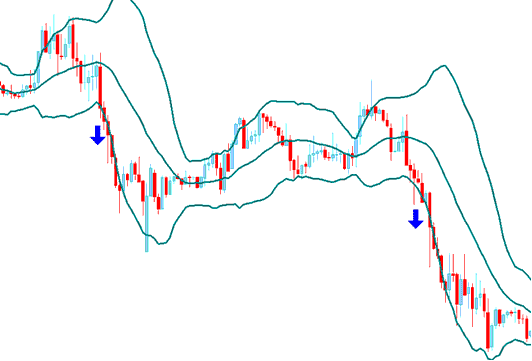 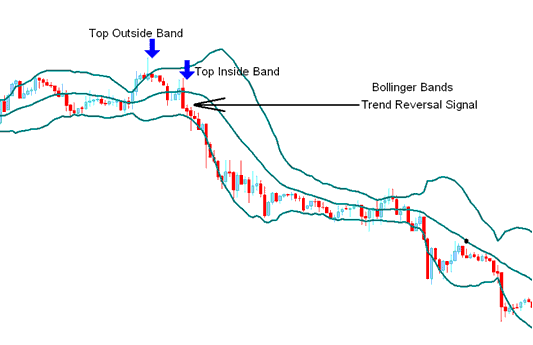 Traders should be on the lookout for false breakouts known as whipsaws or head fakes.

Gold Price often breaks out in one direction immediately following the Squeeze causing many traders to think the breakout will continue in that direction, only to quickly reverse and make the true, more significant breakout in the opposite direction.

Traders acting quickly on the initial breakout often get caught on the wrong side of the xauusd price action, while those traders expecting a "false breakout" can quickly close out their original position and enter a trade in the direction of the reversal. It is always good to combine Bollinger bands with other confirmation Indicators.