Support and Resistance levels is one of the most widely used concepts when it comes to trading Gold metal online. Support and resistance levels are also commonly used in trading other financial instruments such as Forex currencies, stock indices and commodities.

Support and resistance levels that form on the Gold price chart tend to act as barriers that prevent the price of Gold getting pushed beyond a certain point in a particular direction.

As the name suggests this level supports price against moving lower beyond a particular price. 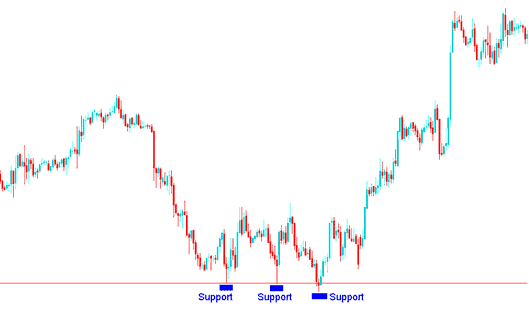 The more times a support level is tested the stronger it is, in the example above the support level was tested 3 times without breaking after which the market downward trend finally reversed and started moving in the opposite direction.

Once this level has been determined on the Gold trading chart, then traders use it to place their buy orders and at the same time put a stop loss order just a few pips below this level.

Resistance level is a level that prevents the prices of Gold from getting pushed upwards above a particular level. This level can therefore be regarded as a ceiling for the price because this level prevents the market price from moving upwards beyond this point. 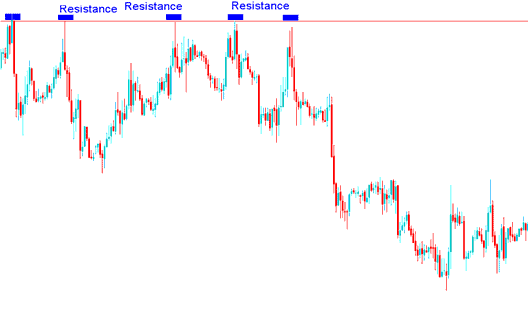