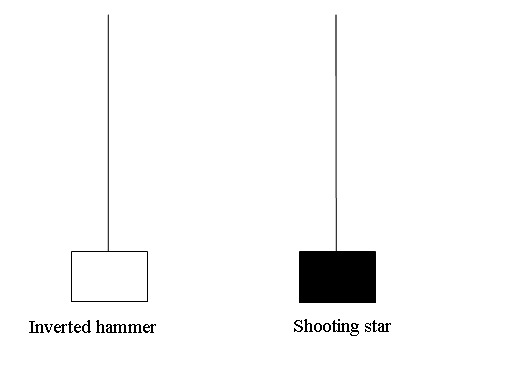 Stop orders for the buy trade that has been opened should be placed a few pips below the lowest price on the recent low.

An inverted hammer candlestick is named so because it signifies that the market price is hammering out a bottom. 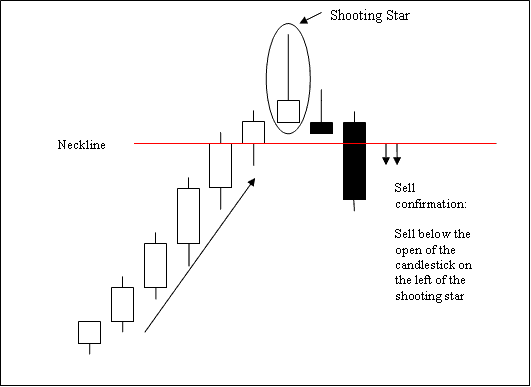 The Shooting Star candlestick is named so because it is formed at the top of an upward Gold market trend - this candlestick pattern resembles a shooting star up in the sky thus it name - shooting star.